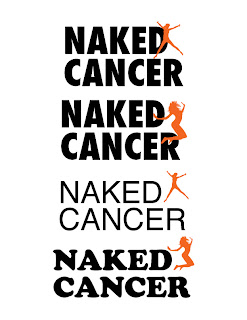 My friend Sara Pharris has cancer. She runs the Cancer Princess blog, and she's started a new project called NakedCancer.org, with which she aims to "strip cancer awareness down to its birthday suit." She said she wanted a logo like the one she designed, just different and "original."